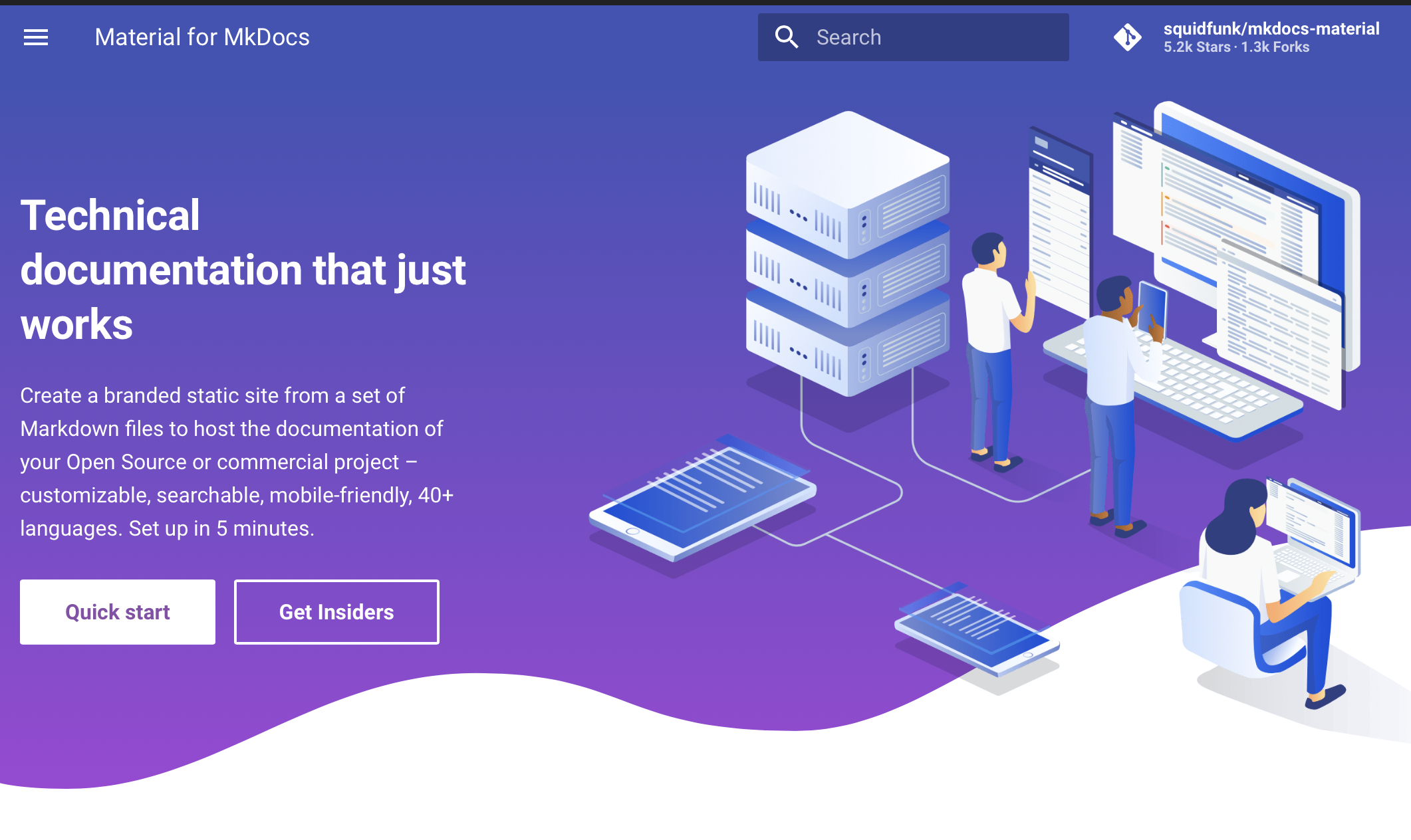 If you have a project, blog, or documentation that you need to have hosted in a site, Github Pages can be a great way to host your site for free straight from the repository.

Since this website itself was made with Material MkDocs, this tutorial will explain how to build and deploy a static website to Github Pages using that.

Once installed, you should be able to verify this by running the following command to see the version number.

Now add an alias to your bash profile file that will now make any python command in the terminal point to the python3 version instead of Mac default of python2.

After sourcing your bash profile with the new alias, you should now be able to just use python in the terminal instead python3.

The easiest way to get running is to fork the repository from Github and then clone that repository to your machine.

Now in order to access your website in the public space in the end, we must rename the repository to <username>.github.io in order to work with the default domain given for free from Github Pages. Go to the settings of your repository, and rename the repo with your username replaced.

Now we can clone the repository to our local machine with git.

!!! note I am using the the SSH urls when cloning, you could just as easily use the https urls. If you have not set that up in git and wish to learn how, checkout how to use SSH.

In case you are working with an enterprise instance of Github that has a different domain and is not publicly accessible without some form of authentication. Then just go ahead and clone the Material MkDocs repository directly and add your enterprise’s remote url.

First install all of the Material MkDocs dependencies with Python’s package manager, pip.

Then to run the server, you can run the following command on the mkdocs python module.

Open up your browser and navigate to http://127.0.0.1:8000/ and you should now see the landing page for your Material MkDocs site.

!!! note If you run into an error when running the command above with the following

Deploying Your Site To Github Pages

To access your site publicly from any broswer, we can now deploy it with the following command.

Be sure that the repository settings is configured for Github Pages to be built off of the gh-pages branch as this is the default branch MkDocs will deploy to.

If you are creating a personal Github Pages website for your username and do not see the option to switch the branch. This is because it must be built off of master which is an easy fix to deploy to.

From the master branch, checkout a new branch and call it develop then push it to Github. Now you can configure MkDocs to deploy to the master branch instead of the default gh-pages branch.

To deploy to your enterprise instance of Github, you must make use of the remote flag to tell MkDocs that it should deploy to the gh-pages branch on your remote repository.

The easiest way to figure out your url for you enterprise Github Pages site is to go to the repository’s settings, and go down to the Github Pages section to see where it was published.

Deploying MkDocs CNAME - adding a CNAME file in the docs folder that contains the domain name that was used in the custom domain field in the repository settings will allow the mkdocs gh-deploy command from wiping out the CNAME file in the master branch. 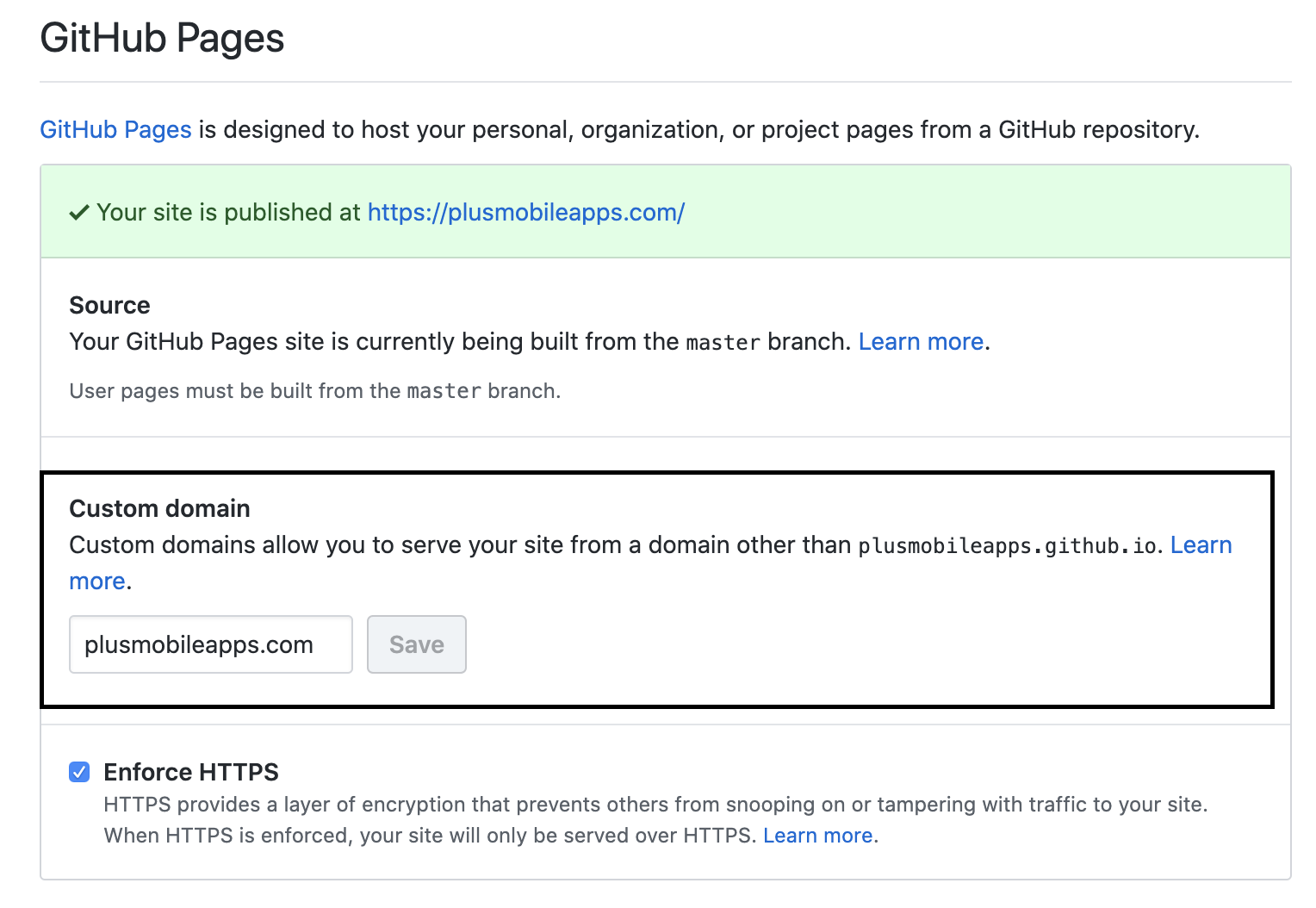 PREVIOUSPhysical Workspace
NEXTHow to build a Slackbot with Kotlin
Search